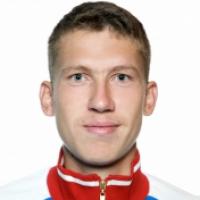 When and where did you begin this sport?
He began training in 2009 in the Tyumen region of the Russian Federation.
Why this sport?
"It was my choice. After speaking to social worker Tatiana Mazhukina, I asked her to find a coach for me. She introduced me to Oleg Skamorovsky and my sports results began to improve with him."
Club / Team
Tyumen Regional Centre of Sports Preparation: Russia
Name of coach
Oleg Skamorovsky [personal], RUS, from 2009

He was named the 2012 Best Athlete with an Impairment in Ishim, Russian Federation. (admtyumen.ru, 20 Mar 2013)

He has received the title of Master of Sport of International Class in the Russian Federation. (paralymp.ru, 19 Feb 2021; minsport.gov.ru, 25 Dec 2020)
Ambitions
To win a medal at the 2020 Paralympic Games in Tokyo, and to set a world record. (Athlete, 24 Oct 2019)
Impairment
He lost his left arm in a childhood accident. His right leg was also seriously injured. (vishime.ru, 10 Jun 2011)