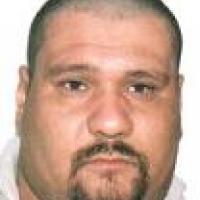 When and where did you begin this sport?
He took up the sport at age 17 at the CODE club in Guadalajara, Mexico.
Why this sport?
He wanted to become a member of the Mexico national team.
Club / Team
Jalisco State: Mexico
Name of coach
Maria Concepcion [club, wife]; Jose Pelaez Ampudia [national], MEX

Memorable sporting achievement
Winning gold in the men's SB2 50m breaststroke at the 2020 Paralympic Games in Tokyo. (yotambien.mx, 31 Aug 2021)
Most influential person in career
His family. (Athlete, 03 Dec 2017)
Injuries
In 2014 he underwent surgery on a tendon in his right shoulder. (Facebook profile, 16 Jan 2014)
Sporting philosophy / motto
"I'm just a normal guy, and if in another life I was in the same body I am now, I have no doubts I'd be a winner as well." (amazonaws.com, 13 Sep 2012)
Awards and honours
In 2020 he received the Jalisco State Sports Award in Mexico. (codejalisco.gob.mx, 15 Dec 2020)

In 2015 and 2020 he received the Sports Merit Medal from the city of Guadalajara in Mexico. (notisistema.com, 24 Feb 2021; polideportivo.mx, 17 Dec 2015)
Ambitions
To win a medal at the 2022 World Championships in Madeira, Portugal, and to win gold at the 2024 Paralympic Games in Paris. (unotv.com, 10 Sep 2021)
Impairment
He was born with underdeveloped legs and missing his left arm. (yoinfluyo.com, 26 Jun 2012; uag.mx, 01 Feb 2001)
Other information
DIFFICULT CHILDHOOD
His mother died during his birth and he was raised by relatives. In childhood he spent six years living in a boarding school in Mexico City, Mexico, and after returning to his hometown of Guadalajara, Mexico, at age 12, he found that his family had been affected by drug addiction. "My dad left me when I was born, he said he couldn't take care of someone like me. Many times I thought about committing suicide. I was always told that I was useless. I have struggled with a lot of things since I was born, especially the loss of my mother and the rejection of my father. All this effort that I made was to move forward and to show my family that everything was possible despite all the adversity. I always say that I lived within fire but never got burned. I saw how my family consumed drugs and I said, 'I want to know how that feels. I want to forget everything'. But thank God I didn't do it and kept fighting." (yotambien.mx, 31 Aug 2021; tecreview.tec.mx, 31 Aug 2021; unotv.com, 10 Sep 2021)