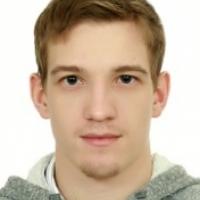 When and where did you begin this sport?
He took up the sport in 2007 in Barnaul, Russian Federation.
Why this sport?
He visited coach Ivan Pomoltsev at his sports school and told him he wanted to run. He tried different distances but the coach recognised he was good at sprinting.
Club / Team
Altai State Pedagogical University [AGPA]: Barnaul, RUS
Name of coach
Sergey Manuylov [personal], RUS, from 2008; Aleksei Lashmanov, RUS

In recognition of his achievements at the 2012 Paralympic Games in London, he was presented with the Order of Friendship in the Russian Federation. (asfera.info, 14 Oct 2012)
Famous relatives
His father was an amateur boxer. (Athlete, 16 May 2014)
Ambitions
To win a medal at the 2020 Paralympic Games in Tokyo. (Athlete, 05 Mar 2021)