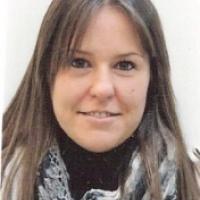 When and where did you begin this sport?
She took up the sport in 2012 in Baqueira, Spain. She began competing in Para snowboard during the 2012/13 season.
Why this sport?
Her friend and Spanish snowboarder Kiko Caballero invited her to try the sport. She enjoyed being in the snow.
Name of coach
Albert Mallol [national], ESP
Training Regime
She trains up to eight hours a day at the Technical Training Centre in the Aran Valley in Spain. She also trains in Italy, Switzerland and France.

She underwent elbow surgery after the 2018 Paralympic Winter Games in Pyeongchang. It was a long-term injury related to the motorcycle accident in 2009 that resulted in her impairment. She returned to competition within a month. (marca.com, 29 Nov 2018)
Sporting philosophy / motto
"Have no limits. Snowboard makes me fly and feel free." (elmundo.es, 22 Mar 2018)
Awards and honours
She was named flag bearer for Spain at the opening ceremony of the 2018 Paralympic Winter Games in Pyeongchang. (pyeongchang2018.com, 09 Mar 2018)
Milestones
She became the first Spanish athlete to win a medal in snowboarding at the Paralympic Winter Games when she won bronze in the SB-LL2 snowboard cross at the 2018 Games in Pyeongchang. (elmundo.es, 12 Mar 2018; SportsDeskOnline, 03 Jan 2019)
Ambitions
To win a medal at the 2019 World Championships in Pyha, Finland. (marca.com, 29 Nov 2018)
Impairment
In May 2009 she seriously injured her right foot in a motorcycle accident in Valencia, Spain. She had nearly three years of operations to try and save it, but eventually a bacterial infection led to it being amputated. (Facebook page, 08 Nov 2016; ui1.es, 02 Aug 2016; Athlete, 10 Mar 2014)
Other information
FORMER OCCUPATION
Prior to her accident she worked as a jewellery saleswoman. (ui1.es, 02 Aug 2016)