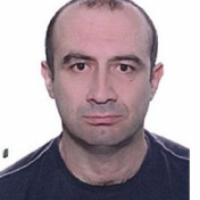 When and where did you begin this sport?
He took up Para athletics in 2010.
Club / Team
HCO Macedonia: Greece

Awards and honours
In 2019 he received a sporting achievement award at the 20th anniversary awards ceremony of the Greek Paralympic Committee. (amna.gr, 06 Feb 2019)