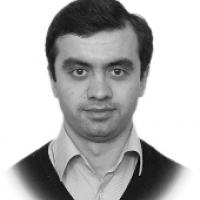 When and where did you begin this sport?
He took up Para powerlifting at age 17 at a sports club.
Why this sport?
He began the sport to socialise, make new friends and travel.
Name of coach
Bilyalyutdin Badtrutdinov [personal], RUS, from 2002

Awards and honours
He received the Order For Merits to the Fatherland [second class] in the Russian Federation, in recognition of his performance at the 2008 Paralympic Games in Beijing. (kremlin.ru, 30 Sep 2009)

He was included in the Book of Honour in the city of Kazan, Russian Federation. (kzn.ru, 01 Oct 2015)

He has received the title of Honoured Master of Sport in the Russian Federation. (minsport.gov.ru, 28 Dec 2021)
Other information
SANCTION
In August 2016 he received a four-year suspension from the Russian Anti-Doping Agency [RUSADA], backdated from 22 April 2015. (realnoevremya.ru, 29 Aug 2016; trud.ru, 29 Aug 2016)