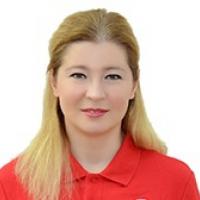 When and where did you begin this sport?
She took up shooting Para sport in 2004 in Giresun, Turkey.
Why this sport?
Her friends encouraged her to get involved in the sport. "I was afraid to go out before [practising sports]. There was a lot of helpful people around me on my way out. My self-confidence came when I started sports. I can wander down the street and go to the park or the garden whenever I want, even without the help of anyone."
Name of coach
Kadri Akgun [national], TUR; Mustafa Atalay [national], TUR

Most influential person in career
Her family. (fanatik.com.tr, 03 Dec 2018)
Sporting philosophy / motto
"As long as I do my work with morale and motivation, success is a positive effect." (sozcu.com.tr, 18 May 2017)
Ambitions
To compete at the 2020 Paralympic Games in Tokyo. (sozcu.com.tr, 18 May 2017)
Impairment
She has paraplegia due to surgery on her spinal cord in 1992. Complications in her recovery meant that, while she was growing up, her education was interrupted for about nine years. (tmpk.org.tr, 28 Apr 2011)
Other information
BEGINNER'S GOLD
She won gold at her first competition in 2004 in Giresun, Turkey. She said the result convinced her to pursue shooting Para sport. "I entered the competition on the insistence of my friends, with the idea that there should be a female athlete in the competition. I didn't know how to shoot properly at the time. They showed many options for the competition, and I started shooting with the help of my coaches. The referee asked why I did not warm up, and I said that I was just waiting. When I was told that I would be disqualified if I didn't shoot at all, I looked at the gun. It wasn't like a normal pistol, when I was told where to put the bullets, the referee couldn't believe what he saw. I came out first on the result. Everyone congratulated and from that day the sport shooting started." (fanatik.com.tr, 03 Dec 2018; skor.sozcu.com.tr, 18 May 2017)