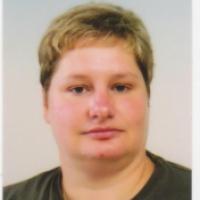 When and where did you begin this sport?
She learned how to swim at age six.
Why this sport?
She was inspired to take up para-swimming after watching the 2000 Paralympic Games in Sydney.
Club / Team
TJ KIN Ceske Budejovice: Czech Republic
Name of coach
Eva Smausova [club]; Jan Nevrkla [national]

Memorable sporting achievement
Winning silver at the 2015 World Championships in Glasgow, Scotland. (ceskobudejovicky.denik.cz, 08 Feb 2016)
Awards and honours
She was named the 2015 Athlete with an Impairment of the Year for the region of South Bohemia, Czech Republic. (hcmotor.cz, 21 Dec 2015)

She was named the 2008 Athlete of the Year by the Czech Paralympic Committee. (handisport.cz, 18 Mar 2009)
Impairment
She is a person with paraplegia. (denik.cz, 06 Sep 2010)
Other information
HIATUS
After competing at the 2010 World Championships in Eindhoven, Netherlands, she took a five-year break from the sport. This was due to her undergoing hand surgery, and also because her strongest event [S5 50m] had been removed from the Paralympic programme. She returned to competitive para-swimming in 2015 due to the S5 50m event being reinstated to the programme. (ceskobudejovicky.denik.cz, 08 Feb 2016)