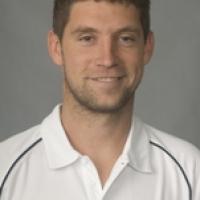 When and where did you begin this sport?
He began swimming at age five.
Why this sport?
His parents encouraged him to take up the sport to help with his impairment. It helped that his father owned a swimming pool.

He received the Medal of the Order of Australia [OAM] in 2005 in recognition of his performance at the 2004 Paralympic Games in Athens. (itsanhonour.gov.au, 15 Dec 2009)

He was named Swimmer of the Year with a Disability at the 2002 Australian Swimming Awards. (AAP, 09 Dec 2002)
Other sports
He has represented his hometown of Wellington, NSW, Australia, in rugby league, rugby union and water polo. (paralympiceducation.org.au, 15 Dec 2009)
Ambitions
To reach his full potential as a swimmer. (nswswimming.com.au, 04 Sep 2010)
Impairment
He had his left arm amputated above the elbow at age two weeks old following complications during birth. (paralympiceducation.org.au, 15 Dec 2009)
Other information
RETIREMENT
He has retired from competitive swimming. (abc.net.au, 13 Dec 2013)