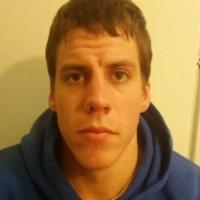 When and where did you begin this sport?
He began to pursue para-athletics in 2011.
Why this sport?
For five years after his accident he participated in various sports including all-terrain vehicle [ATV] racing, wheelchair basketball, wheelchair racing and ice sledge hockey. "I realised I needed to commit to one sport. I saw with wheelchair racing I was having the most success and I had the most potential to reach the top of the world."
Club / Team
Valley Athletics: Canada
Name of coach
Ueli Albert [club], SUI
Training Regime
He usually trains six days per week, with two to three sessions a day.

He was named 2009 Athlete of the Year of Nova Scotia Community College Truro Campus in Canada. (Facebook page, 05 Jan 2017)
Other sports
He competed in wheelchair basketball at the 2011 Canada Winter Games in Halifax, NS, Canada. (kingscountynews.ca, 02 Mar 2011)
Ambitions
To win a medal at the 2020 Paralympic Games in Tokyo. (Facebook page, 05 Jan 2017)
Impairment
In August 2006 he broke his back while training for a motocross race, resulting in paralysis from the waist down. (globalwheelchairathletics.com, 2015; kingscountynews.ca, 02 Mar 2011)