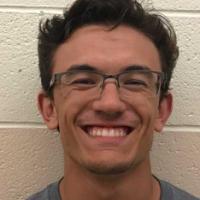 OTHER ACTIVITIES
He spends most of the year in Spokane, WA, United States of America where his university is located, but returns to his family home in California during the summers. While in Washington state he has worked as a director of camp for the Skyhawks Sports Academy, a summer camp for children. He has also served on the Gonzaga University Student Athlete Advisory Committee. (Linkedin profile, 01 Jan 2019)