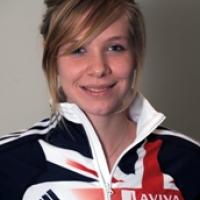 When and where did you begin this sport?
She took up athletics in 2005 at age 12 in St Albans, England.
Why this sport?
She joined a charity called 'CP Sports', which encourages children with cerebral palsy to take part in athletics. She was then spotted by a national coach and subsequently fast-tracked into St Albans Athletics Club in England.
Club / Team
Southampton Athletic Club: England
Name of coach
Paula Dunn [national], GBR; Lee Doran [personal], GBR

She has previously suffered stress fractures in her foot. (Athlete, 07 Dec 2010)
Sporting philosophy / motto
"Now is the time to run." (missionsportsmanagement.com, 28 Jul 2014)
Awards and honours
In 2015 she received an Honorary Senior Fellowship from Regent's University London in England. (bethanywoodward.co.uk, 10 Jul 2015)

She was named the Sportswoman of the Year at the 2013 North West Leicestershire Sports Awards in England. (leicestermercury.co.uk, 20 Dec 2013)
Impairment
She was diagnosed with cerebral palsy at age one. It resulted in hemiplegia [paralysis] on her right side. (LinkedIn profile, 15 May 2015; bethanywoodward.com, 01 Mar 2013)
Other information
OTHER ACTIVITIES
She is a patron of Breathe Magic, a project run by the charity Breathe Arts Health Research in England. They teach magic tricks to young people with cerebral palsy, using the repetitive learning process to improve strength and dexterity, and subsequently confidence and self-esteem. (bethanywoodward.co.uk, 14 May 2015; breatheahr.org, 2015)