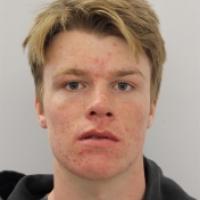 Sporting philosophy / motto
"I don't see the point in being negative. It's not going to help. I just get on with it and do as much as I can." (stuff.co.nz, 13 Mar 2017)
Other sports
He competed in junior national basketball tournaments prior to sustaining his impairment. (basketball.org.nz, 2015)
Impairment
In August 2016 he was paralysed from the waist down after he broke his back in a mountain biking accident. (Facebook team page, 11 Dec 2018; stuff.co.nz, 05 Sep 2018)
Other information
BUSINESS OWNER
In 2018 he set up a business called RADventures NZ. The company aims to make spending time outdoors more accessible for people with an impairment. (Facebook team page, 11 Dec 2018)