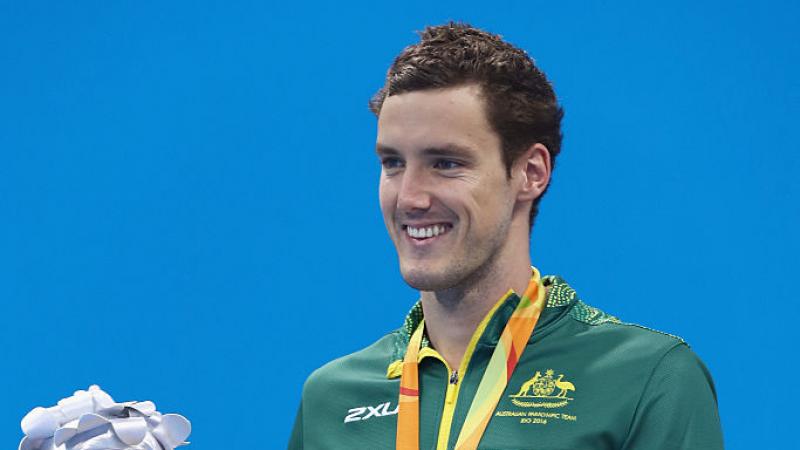 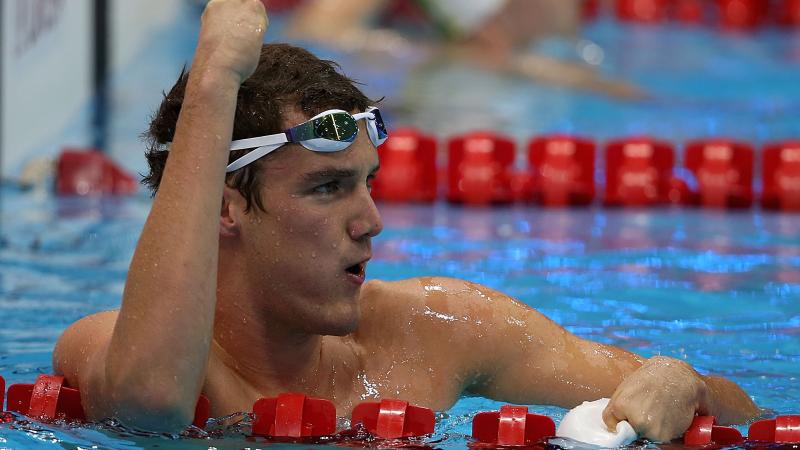 When and where did you begin this sport?
He first tried swimming at age two, and played a number of different sports as a child including football, cricket and Australian rules football. He began swimming competitively at age 16.
Why this sport?
His parents encouraged him to try the sport to help improve his asthma.
Club / Team
University of the Sunshine Coast [USC] Spartans: Sippy Downs, QLD, AUS
Name of coach
Nathan Doyle [club], AUS; Brendan Burkett [national], AUS

He was named the Sunshine Coast's Sports Star of the Year for 2013 in Australia. (sunshinecoastdaily.com.au, 01 Feb 2014)

In 2011 he won Swimming Australia's Swimmer with a Disability of the Year Award. (paralympic.org.au, 30 Jan 2012)
Impairment
He was born without fingers and toes. (paralympic.org.au, 30 Jan 2012)
Other information
POSTPONED RETIREMENT
He had intended to retire in 2020 after the Paralympic Games in Tokyo, but decided to prolong his career following the postponement of the Games. "I was looking at Tokyo being my last Games and I kind of set myself in that mentality that this was my last event. I need to be ready for it and then be able to just stop and finish up my career. [The postponement] sort of kind of ticked over my brain to sort of say, 'What am I going to do?', 'Do I want to call it quits?', 'Do I want to keep going?' And my heart was sort of saying, 'Let's just finish up, we've got such a long road ahead of us to do another 12 months of training, another 12 months of hard work to go to go to Tokyo'. My head kind of wasn't in it but then I don't know, it just started to turn another page. The fitness started to come back. That passion and that excitement of why I do swimming, sort of came back as well. But I can say for a fact that I would not swim past the 2022 Commonwealth Games in Birmingham, but we'll see how that goes." (swimming.org.au, 24 Mar 2021; olympics.com, 04 Feb 2021)

PARALYMPIC EXPERIENCE
He competed at the Paralympic Games in 2008, 2012, and 2016. He says winning silver in the SB7 100m breaststroke at the 2008 Games in Beijing inspired him to go further with the sport. "I decided that I'm 17 years old and I'm enjoying what I'm doing. Let's see what happens. I didn't really say I want to make a Games and win a medal. I was pretty blown away by that [winning silver in 2008]. I didn't think I'd be able to do that. That's simply because I made the team on backstroke. I think the fitness and all those years of racing before kind of translated to a really good race. If I had a little bit more experience, I would maybe have potential to go a little bit faster in the final, but it was an exciting experience. I still remember the atmosphere, the environment and my cheeky wink to the camera, all those little things still playing out in my mind. I guess that's what really inspired me to want to go faster and ultimately chase that gold medal in the years to come." (olympics.com, 04 Feb 2021)

OTHER ACTIVITIES
In 2017 he was named on Paralympics Australia's inaugural Athlete Commission. "I have been a part of a transition - that is still ongoing - in watching Paralympic athletes being supported, trained, coached, but most importantly, celebrated as equal peers, and only wish to carry that torch further still." (paralympic.org.au, 01 Jun 2019, 07 Jan 2020)