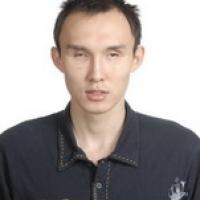 When and where did you begin this sport?
He began Para swimming in 2005 in Tianjin, People's Republic of China.
Why this sport?
At first he wanted to be a performer with an impaired artists troupe. However, he was noticed by a swimming coach while he was registering with the Tianjin Disability Federation in the People's Republic of China and encouraged to try swimming.
Club / Team
Tianjin : China

He has received the May 4th Youth Medal and the National Labour Medal during his career. He has also twice been named a national Outstanding Athlete and Advanced Individual in the Great Hall of the People. (china.com.cn, 23 May 2012)
Ambitions
To compete at the 2020 Paralympic Games in Tokyo. (sohu.com, 18 Oct 2019)
Impairment
He lost his vision at age 19 due to glaucoma. (tjtyj.gov.cn, 06 Sep 2016)
Other information
RETIREMENT AND RETURN
He retired from Para swimming to become a teacher following the 2012 Paralympic Games in London. He decided to quit his job and resume his sporting career ahead of the 2015 National Para Games in Sichuan, People's Republic of China. He had previously retired from the sport after the 2008 Paralympic Games in Beijing, before returning to the national team in 2010. (163.com, 15 Sep 2015; jmnews.com.cn, 17 Dec 2010)

CHARITY WORK
In 2006 he established a charity called the Bozun Education Foundation. He sold his first Paralympic gold medal to help five students with an impairment attend school and auctioned other gold medals to raise money for victims of the Sichuan earthquake in 2008. (sohu.com, 06 Sep 2008)