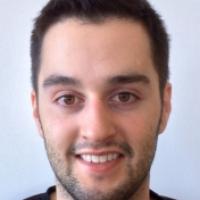 When and where did you begin this sport?
He took up para-athletics in 2013.
Why this sport?
"Sport was really the only thing I knew. I just wanted to get back into competition, something to push myself. It absolutely promoted independence for me, because it made me stronger, gave me something to look forward to. I started to feel more and more like myself again. I don’t notice my disability as much, because I’m competitive in sport again. It’s exciting, being closer and closer to getting back the person I used to be.”
Club / Team
Kingston Track and Field Club: Canada

Sporting philosophy / motto
"Life rolls on. It's up to you to keep the pace." (Twitter profile, 29 Sep 2014)
Awards and honours
He was a torch bearer ahead of the 2015 Parapan American Games in Toronto, ON, Canada. His leg of the relay was in Kingston, ON, Canada, where he also lit the city's community cauldron. (thewhig.com, 04 Aug 2015)