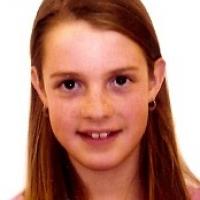 When and where did you begin this sport?
She began swimming at age eight.
Why this sport?
She feels free when she is in the water.
Club / Team
Stanford University: United States
Name of coach
Greg Meehan [club]

Hobbies
Volunteering. (coloradoleague.org, 06 Feb 2015)
Sporting philosophy / motto
"Why are you trying so hard to fit in when you were born to stand out?" (Twitter profile, 10 Dec 2015)
Awards and honours
In May 2011 she received the John Lynch Foundation Exceptional Star Of The Year Award. (castlepinesconnection.com, 28 May 2011)

She was named the 2011 Colorado Disability Swimmer Of The Year in the United States of America. (coloradoswimming.com, 11 Nov 2011)
Impairment
She has had a bilateral below knee amputation. Her condition was caused by fibular hemimelia and amniotic band syndrome before birth. (myfeetdontstink.com, 28 Feb 2013)
Other information
OTHER ACTIVITIES
She has set up a foundation called 'My Feet Don't Stink'. The organisation aims to empower young girls with an impairment. (coloradoleague.org, 06 Feb 2015; myfeetdontstink.com, 28 Feb 2013)