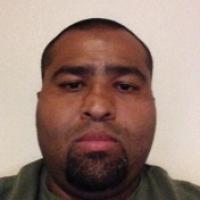 Hobbies
Running, wakesurfing. (The View Facebook page, 12 Nov 2018)
Impairment
In 2003 the nerves in his left foot were damaged after he was hit by a blast from an improvised explosive device [IED] while serving in the US Army in Iraq. The limb was amputated nine years later. (summitdaily.com, 25 Nov 2016)
Other information
THE VIEW
In November 2018 he and his family appeared on the ABC television show 'The View' in the United States of America. The show surprised the family when the Stephen Siller Tunnel to Towers Foundation presented the family with a new home after their original rental home was burned down in the 2018 California fires. (The View Facebook page, 12 Nov 2018)

DAUGHTER AMPUTATION
His daughter Lilly was born with her legs fused together. The condition lead to her having a double amputation above the knee. (tunnel2towers.org, 01 Jun 2017)

REPLACING THE RUSH
Snowboarding replaces the feeling of excitement he got while serving in the armed forces. "My love for snowboarding is about loss, the loss of what I had in the military, where you're used to being on the move, on patrols, on raids. That's how I treat my races. The moment that gate drops, it's like the door opening on a raid. I go full blast. I'm able to get something back that I felt was taken away. That rush. I love it." (nbcnews.com, 06 Apr 2013)