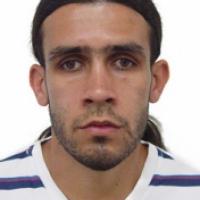 When and where did you begin this sport?
He took up para-athletics at age 18.
Club / Team
Associacao do Pessoal da Caixa Economica Federal [APCEF-CTE-U]: Belo Horizonte, BRA
Name of coach
Amaury Wagner Verissimo [national], BRA

In 2006 he received the Tele Santana Trophy, a distinction of merit from the Legislative Assembly of Minas Gerais, Brazil. (Athlete, 26 Nov 2010)
Impairment
He lost his sight at age 17 as a result of the effects of retinitis pigmentosa. (esporte.gov.br, 2012)