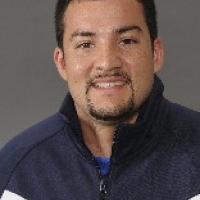 When and where did you begin this sport?
He was introduced to athletics at a US Military Sports Camp hosted by US Paralympics shortly after his accident.
Why this sport?
Five-time Paralympian Gabe Diaz de Leon encouraged him to become involved in the sport.

Hobbies
Listening to music, watching football. (va.gov, 30 Aug 2011)
Other sports
He plays wheelchair basketball for the Miami Heat Wheels. Prior to his accident he was a member of the U.S Marine football team and helped them to victory at the 2003 Pacific Regional Championships in Japan. (va.gov, 05 Jul 2007; US Paralympics, 5 Mar 2010)
Famous relatives
His sister has played football at a high level. (va.gov, 05 Jul 2007)
Other information
TRUE COMPETITOR
In 2005, after serving with the US Marine Corps in Iraq, his unit was stationed in Hawaii, awaiting second deployment orders. While there he hit a rock while diving into water and just two hours after the accident, he was informed that he was a quadriplegic. In 2006 he skied for the first time at the National Disabled Veterans Winter Sports Clinic. The US Department of Veteran Affairs published a profile on Leon outlining his experience and describing him as a "true competitor." (va.gov, 05 Jul 2007)