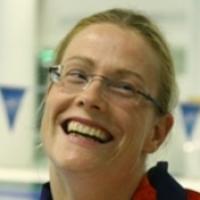 Awards and honours
She was Norway's flag bearer at the 2008 Paralympic Games in Beijing. (nrksport.no, 19 Mar 2010)

She was awarded Norway's Paralympic Honorary Award in 2008. (regjeringen.no, 21 Nov 2008)
Impairment
She was diagnosed with cerebral palsy at the age of two due to being born prematurely. The right side of her body is not as strong as the left side. She is also visually impaired. (regjeringen.no, 27 Sep 2011)