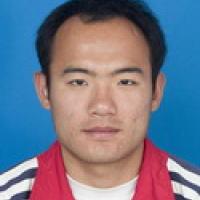 In 2008 he received a First Class Merit award from the Shandong provincial government in the People's Republic of China. (rznews.cn, 08 Oct 2008)
Impairment
He has impaired muscle power in his left leg as the result of a medical accident when he has child. (rizhao.dzwww.com, 14 Sep 2015)
Other information
EARLY DAYS
He would sell ice lollies when he was at primary school to earn some extra money to help with the medical bills to treat his impairment. (dzrb.dzwww.com, 13 Sep 2008)