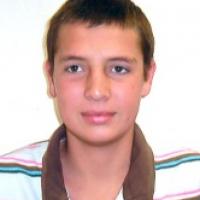 When and where did you begin this sport?
He began swimming at age 14.

Sporting philosophy / motto
"Make the most of every opportunity." (NPC, 06 Sep 2012)
Other information
RETIREMENT
He announced his retirement from competitive swimming in April 2015. He planned to focus on his business career. "I came to a point where I realised that I have to start focusing on the bigger picture. I simply can’t swim forever and then ask myself the day when I stop, ‘what will I do now?'" (sport24.co.za, 16 Apr 2015)

STOLEN MEDAL
The gold medal he won at the 2008 Paralympic Games in Beijing was stolen from his parents' home in Kimberley, South Africa. (hsm.co.za, 28 Nov 2012)

HIGHER EDUCATION
He has a studied theology at the University of Stellenbosch in South Africa. (iol.co.za, 23 Aug 2013)