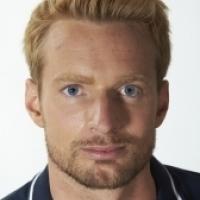 When and where did you begin this sport?
He took up swimming at age eight but did not begin training seriously until age 15. He began Para swimming in 2009.
Why this sport?
He began swimming after meeting his first coach Eric Lebourg by chance. Lebourg was teaching Rozoy's neighbours how to swim and he was invited to join them.
Name of coach
Sylvain Freville [personal], FRA; Sami El Gueddari [national], FRA

Nicknames
Nemo (rtl.fr, 28 Jan 2016)
Most influential person in career
Coaches Eric Lebourg and Sylvian Freville. (paralympic.org, 04 Nov 2009)
Hero / Idol
Russian swimmer Alexander Popov. (paralympic.org, 04 Nov 2009)
Injuries
In June 2009 he tore his thigh muscle while competing in Chambery, France. (bienpublic.com, 28 Jun 2009)
Sporting philosophy / motto
"Love yourself because nobody will do it for you." (24matins.fr, 31 Aug 2012)
Awards and honours
He was flag bearer for France at the opening ceremony of the 2016 European Championships in Funchal, Portugal. (Anita Fatis Facebook page, 30 Apr 2016)

He received the Legion of Honour in recognition of his performance at the 2012 Paralympic Games in London. (france3.fr, 22 Feb 2013)
Other sports
He has competed in Para triathlon at national level in France. (charles-rozoy.com, 08 Jun 2014)
Ambitions
To win a medal at the 2020 Paralympic Games in Tokyo. (lequipe.fr, 21 Jul 2020)
Impairment
His left arm was paralysed as the result of a motorcycle accident in July 2008. (lejdc.fr, 09 Jul 2013; vivrefm.com, 03 Jul 2013; u-bourgogne.fr, 23 Nov 2010)
Other information
RETIREMENT AND RETURN
In 2017 he decided to end to his sporting career to focus on politics. He served as a municipal councillor in local government in Dijon, France, in charge of impairment policies. In 2020 he opted to return to swimming. "My stint in politics was a big disappointment. I wanted to create a better world. I realised that I would never have the right keys to achieve this, unless by abandoning some of my ideals. Politics is a tough world and I didn't have the proper shell to face it. Since December 2019 I started training again in order to clear my mind. I trained two hours daily before going to the office. I trained like a mule. After the first round of elections I began a drastic regime and lost 15 kilograms. I had wished to start my career as a personal development coach but [due to the COVID-19 lockdown] all the conferences that were scheduled were cancelled. Little by little I fell into a very deep hole, so I turned to sport. I started swimming in May [2020] and I enjoyed it. I talked to my coach Sylvain Freville and the national coach Sami El Gueddari, and went to take a look at the rankings. I wouldn't have gotten into the water if I hadn't thought that the Paralympic Games would be within reach. And the fact that the Games in Tokyo were rescheduled for a year later, for me who believes in destiny a little bit, it's an extraordinary chance." (handirect.fr, 19 Sep 2019; lequipe.fr, 21 Jul 2020; lemonde.fr, 01 Mar 2020)

FURTHER EDUCATION
He has a master's degree in communication and mediation. He also has a diploma in safety and water rescue and as a sports teacher in swimming activities. (Facebook page, 22 Jul 2020)