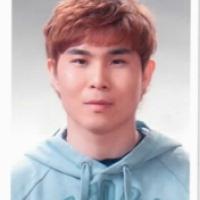 When and where did you begin this sport?
He took up the sport in 1996.
Why this sport?
He was introduced to the sport by a friend.
Club / Team
Chuncheon Para Sports Association: Gangwon, KOR
Name of coach
Cho Dong-Kee [club], KOR; Ko Kwang-Yub [national], KOR
Preferred position / style / stance / technique
Guard

He was named in the Best Five Players at the 2009 National Championship in Republic of Korea. (welfarenews.net, 11 May 2009)
Other sports
He represented the Republic of Korea in Para alpine skiing at the 2014 Paralympic Winter Games in Sochi and the 2018 Paralympic Winter Games in Pyeongchang. (yna.co.kr, 06 Mar 2018, 17 Mar 2018; SportsDeskOnline, 17 Aug 2021)
Impairment
His impairment is a result of the effects of polio, which he contracted at age seven. (Athlete, 10 Mar 2018; yonhapnews.co.kr, 12 Mar 2014)
Other information
HIATUS
In 2011 he decided to take a break from wheelchair basketball in order to concentrate on Para alpine skiing. He competed in Para alpine skiing at the Paralympic Winter Games in 2014 and 2018 before returning to wheelchair basketball in 2018. "Wheelchair basketball is my life. I had been hurt a lot since I contracted polio. However, I had never been happier than when I played wheelchair basketball. It made me live my life positively, so I cannot live without the sport." (segye.com, 17 Sep 2018; chosun.com, 06 Oct 2018)