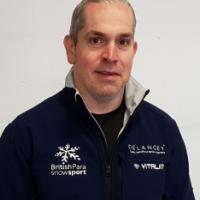 When and where did you begin this sport?
He first tried skiing at age 14 with his school. He took up Para alpine skiing in 2012 at the SnowDome indoor skiing centre in Tamworth, England.
Why this sport?
He was encouraged to begin skiing as part of his rehabilitation. He saw the sport as a way of keeping active and being challenged to get better. "The Paralympic aspiration started when I was in hospital because London 2012 was on at the time and there was a poster on the wall with the Paralympics on. When I was in my wheelchair I set myself the goal of getting there."
Name of coach
John Clark [national], GBR

Hobbies
Spending time with family. (themindmap.co.uk, 28 Apr 2018)
Memorable sporting achievement
Placing 12th in downhill at the World Cup Finals in Aspen, CO, United States of America, in March 2016. (Athlete, 05 Mar 2018)
Most influential person in career
His family. (Athlete, 05 Mar 2018)
Hero / Idol
British Para rower David Smith. (Athlete, 05 Mar 2018)
Sporting philosophy / motto
"No matter how tough life gets, if you maintain a positive outlook you can achieve great things." (inthesnow.com, 2017)
Awards and honours
He was named the 2017 Emerging Athlete of the Year by Disability Sport Wales. (Facebook page, 26 Jan 2018)
Other sports
He competed at an elite level in rally driving before his accident in 2011. (exacteditions.com, 28 Sep 2011)
Impairment
In 2011 he was involved in a rally car racing accident in which his car left the road at around 160kph. He broke his back and damaged his neck and spinal cord, which resulted in quadriplegia. Doctors told him he would never walk again, but four months later he had regained some movement and was able to walk a short distance. (Athlete, 19 Jun 2016, 20 Nov 2013)