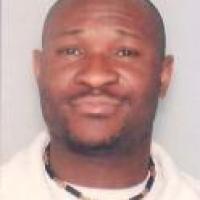 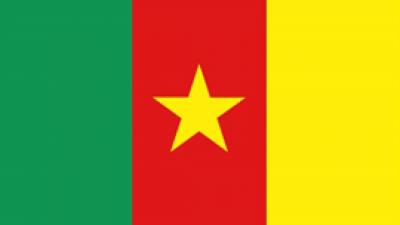 When and where did you begin this sport?
He took up Para athletics at age four.
Why this sport?
The sport helped him integrate into society and overcome his impairment.

Memorable sporting achievement
Winning a gold medal in the F54-57 shot put at the 2015 All Africa Games in Brazzaville, Congo. (Athlete, 06 Nov 2019)
Most influential person in career
Swiss Para athlete Marcel Hug. (Athlete, 06 Nov 2019)
Awards and honours
He received an award from the Ministry of Sports and Physical Education of Cameroon at the 2019 Cameroon Peace and Sports Awards. (Facebook profile, 03 Apr 2019)

He was Cameroon's flag bearer at the opening ceremony of the 2016 Paralympic Games in Rio de Janeiro. (SportsDeskOnline, 06 Sep 2016)

He carried the Olympic torch as the relay made its way through Geneva, Switzerland, ahead of the 2004 Olympic Games in Athens. (greeknewsonline.com, 27 Jun 2004)
Other sports
He has represented Switzerland in wheelchair basketball, and has also coached the sport in Switzerland. (induni.ch, 01 Sep 2012; induni.ch, 09 Jul 2014; africalink.ch, 24 Aug 2016)
Impairment
His impairment is the result of the effects of polio. He contracted the illness as a child. (Athlete, 07 Sep 2016, 06 Nov 2019)
Other information
REPRESENTING CAMEROON
Born in Cameroon, he moved to Switzerland in 2000 in order to study communications and management at the University of Geneva. He was introduced to wheelchair basketball in Switzerland and took up Swiss citizenship in order to represent the nation in wheelchair basketball. He was later scouted by a Swiss Para athletics coach who encouraged him to switch to Para athletics. He began representing Switzerland in Para athletics, but decided to switch his sporting allegiance to Cameroon after he was not included in the Swiss national team for the 2008 Paralympic Games in Beijing. "Prior to the 2008 Beijing Olympic Games I had the best results in Switzerland. I expected to be on the final list for the Swiss athletes to go to that Olympics. I knew I had all the qualifying standards, but when the list came my name was not included. When they returned from Beijing they told me that I would be on the list the next time. I didn't take that well. I called the Cameroon Sports Federation and told them what had happened and they said that I could represent the country if I had not participated in the Olympics for Switzerland. I told the Swiss federation that I am an athlete and I want to compete, and that I was not happy with what happened for the Beijing trip. That was how I began to race for Cameroon." (africalink.ch, 24 Aug 2016)

COMMITTEE
In 2012 he began serving as a member of Cameroon's Youth Olympic Committee. (induni.ch, 15 Aug 2016)

FURTHER STUDIES
He has studied for a master's degree in business communications. (Athlete, 06 Nov 2019)