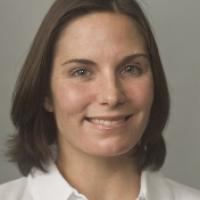 Why this sport?
At age 12 she watched Australian wheelchair athlete Louise Sauvage at the 1992 Paralympic Games in Barcelona and thought it looked fun.
Name of coach
Andrew Dawes [husband]

Most influential person in career
Her mother. (newcastleherald.com.au, 09 Mar 2019)
Hero / Idol
Her mother Roslyn, US talk show host Oprah Winfrey. (paralympic.org.au, 18 Dec 2012)
Injuries
In November 2011 she had surgery which she was told would be a simple 15-minute procedure. Complications resulted in eight more operations and she was out of action for almost eight months. She returned to training two months before the 2012 Paralympic Games in London. After the Games, she had another operation and was back training in January 2013. (theherald.com.au, 28 Nov 2012; maitlandmercury.com.au, 16 Apr 2013)

She suffered internal bleeding at the 2008 Paralympic Games in Beijing after receiving an injection of blood thinner to avoid blood clots on the flight to the People's Republic of China. (adelaidenow.com.au, 08 Oct 2011)
Awards and honours
She was named the 1996 Young Paralympian of the Year by the International Paralympic Committee [IPC]. (paralympic.org.au, 18 Dec 2009)
Impairment
She has paraplegia as the result of a car accident in 1990. (abc.net.au, 10 May 2016)
Other information
INSPIRATIONAL MOTHER
She credits her mother for helping her family through with a difficult 12 month-period, during which her father died and she acquired her impairment in a car accident with her family. "There was my mother, father, my older sister, and me. We woke up one morning to find that, during the night, my father had taken his own life. We went to bed with a dad, and woke up without one. For my mum to deal with the death of her husband, let alone the way in which he died, is huge, but she just kept on. It was a very hard time, but the amount of strength she showed throughout that time was ridiculous. Then, 11 months later, we were going on a family holiday, my mother, my sister, and myself and we had a car accident. And that's when I became paraplegic. It was a lot. People always think you have to have a chair stuck to your arse or a leg missing or something to have a story, but so many people, everybody, has a story, and that's ours. My mum is the strongest woman I know." (newcastleherald.com.au, 09 Mar 2019)