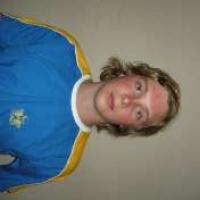 When and where did you begin this sport?
He began swimming competitively at age six. He returned to the pool six months after his accident and began competing in para-swimming in 2007, about a year after his accident.
Why this sport?
He was a keen sportsman and strong swimmer before his accident, and was determined that his injuries would not incapacitate his life. He realised he could continue to swim despite the loss of his legs and arm, and credits the sport for being crucial to his recovery.
Club / Team
Asunden SS: Sweden
Name of coach
Isabel Bjerkegren [national], SWE; Andreas Jonerholm [national], SWE

Memorable sporting achievement
Winning his first international medal at the 2009 World Championships in Rio de Janeiro, Brazil. (svenskhandikapptidskrift.se, 16 Feb 2010)
Most influential person in career
His family and friends. (ut.se, 22 Jan 2009)
Hero / Idol
Swedish para-swimmer Anders Olsson. (svenskhandikapptidskrift.se, 16 Feb 2010)
Awards and honours
He was named Sportperson of the Year in 2010 for the Swedish reigion of Vastergotland. (handikappidrott.se, 04 Apr 2014)
Impairment
He lost both legs and his left arm at age 17 in an accident involving a train. (christofferlindhe.se, 01 Jun 2011)
Other information
ACCIDENT
In July 2006 he was camping with friends near Varberg, Sweden when they were chased by a group of unknown people. As he ran away he tripped and fell, knocking himself unconscious on a railway track. His body was struck by a freight train some time later. The driver was unaware of what the train had hit but reported the collision to police. Both legs and his left arm were severed and his body dragged along the track by the train. The responding officer said it was the worst trauma he had seen where the victim survived. A combination of his swimming fitness and the cold night air slowing blood loss saved his life. He regained consciousness 10 days later in hospital surrounded by his family. He required 12 operations during three months of rehabilitation. (dn.se, 09 Jul 2008; aftonbladet.se, 09 Dec 2009; christofferlindhe.se, 01 Jun 2011)

MOTIVATION
He wondered what his life would be like after his accident, especially in relation to work and relationships with his friends and family. He watched a DVD of man from the United States who had experienced a similar accident and managed to recover. "That turned things around for me." Since the accident he has become an advocate for railway track safety in Sweden, talking to schools and community groups. (christofferlindhe.se, 01 Jun 2011; aftonbladet.se, 09 Dec 2009; dn.se, 09 Jul 2008)