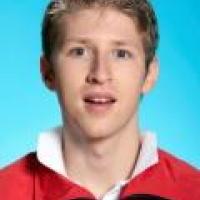 When and where did you begin this sport?
He took up athletics in 2004.
Why this sport?
He was inspired to try athletics after watching and reading about the 2000 Paralympic Games in Sydney.
Club / Team
Turnvereins Pfaffikon-Freienbach : Switzerland
Name of coach
Paul Odermatt [national]
Coach from which country?
Switzerland

Sporting philosophy / motto
"Today rather than tomorrow." (swissparalympic.ch, 23 Jul 2012)
Awards and honours
He injured his foot in January 2012. (drs.ch, 19 Aug 2012)
Impairment
His lower right leg was amputated after a truck rolled over it in March 2002. He had been working as a landscaper and was helping construct a wall of large stone blocks when the accident happened. (christoph-bausch.ch, 01 Sep 2012)
Other information
RETIREMENT
He announced his retirement from competitive para-athletics in December 2013. (swissparalympic.ch, 12 Dec 2013)