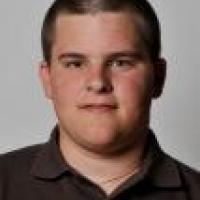 When and where did you begin this sport?
He began para-skiing in 2007, but first tried skiing in 1992 at age three in La Berra, Switzerland with his family.
Why this sport?
Prior to his accident, he had ambitions of making the Swiss able-bodied ski team. The accident made him determined to regain his physical strength and return to elite skiing, this time with the hope of competing at the Paralympic Winter Games.
Club / Team
Skiclub Ependes: Fribourg, SUI
Name of coach
Bjorn Bruhin [national]
Coach from which country?
Switzerland
Coach from what year?
2010

Hobbies
Skiing, mountain biking. (swissparalympicskiteam.ch, 14 Jan 2013)
Memorable sporting achievement
Competing at the World Cup in St Moritz, Switzerland, finishing 10th at the 2013 World Championships in La Molina, Spain, and making the podium on numerous occasions at Swiss national championships. (Athlete, 20 Nov 2013; Athlete, 08 Mar 2014)
Most influential person in career
His parents and coach Bjorn Bruhin. (Athlete, 20 Nov 2013; Athlete, 08 Mar 2014)
Hero / Idol
Swiss tennis player Roger Federer and Swiss alpine skier Didier Cuche. (Athlete, 08 Mar 2014)
Injuries
He broke his tibia in December 2008, and broke several fingers in 2013. (Athlete, 08 Mar 2014)
Ambitions
To compete at the 2014 Paralympic Winter Games in Sochi. (Athlete, 20 Nov 2013)
Impairment
In 2006 he was involved in a serious road accident on the way to work. After ten days in a coma he regained consciousness. His injuries were numerous, and his left arm has been paralysed ever since. (christophebrodard.ch, 28 Dec 2012)
Other information
MUSICAL TALENT
Prior to his accident he played the cornet, but was unable to do so because of the paralysis in his left arm. His instructor suggested he start playing the euphonium instead, which can be played with limited use of one arm. (christophebrodard.ch, 28 Dec 2012)