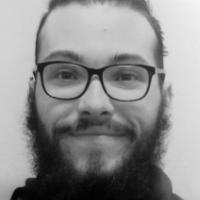 When and where did you begin this sport?
He took up Para athletics at age five, and began wheelchair racing in 2012.
Why this sport?
His father took him to a Para sport open day at Morton Stadium in Dublin, Ireland, at age five. He initially competed in shot put, javelin and discus before switching to wheelchair racing in 2012.
Club / Team
Borrisokane Athletic Club: Ireland
Name of coach
David Coen [personal, fitness]
Training Regime
He trains twice a day, six days a week.

Memorable sporting achievement
Winning three medals at the 2016 International Wheelchair and Amputee Sports Federation [IWAS] U23 World Games in Prague, Czech Republic. (yoocanfind.com, 03 Feb 2017)
Hero / Idol
US extreme sports Para athlete Aaron Fotheringham. (sbhi.ie, 26 Oct 2016)
Awards and honours
He received the Sporting Hero award at the 2015 Hidden Heroes Awards in Dublin, Ireland. (tipperary.etb.ie, 29 Oct 2015)
Other sports
He has played wheelchair basketball for the Shannonside Steelers in Athlone, Ireland. (tipperary.etb.ie, 29 Oct 2015; Facebook page, 24 Nov 2018)
Ambitions
To compete at the 2020 Paralympic Games in Tokyo. (tipperary.etb.ie, 29 Oct 2015)
Impairment
He was born with spina bifida and hydrocephalus [a build-up of fluid on the brain]. The illnesses resulted in scoliosis, paraplegia and dislocated hips. (tipperary.etb.ie, 29 Oct 2015)
Other information
FROM THROWING TO RACING
He represented Ireland at junior level before he was forced to switch to wheelchair racing following bowel surgery in 2012. "I lost a lot of weight and I knew I was not going to be able to throw anymore as I just did not have the strength and weight to put the necessary force behind my throw. I came across track racing and I went to an open day in Morton Stadium, and met up with current Irish record holder David Griffith who later became my mentor. I was shown how to use my racing wheelchair in a totally different way, instead of gripping the handrims you punch them using special gloves. After a couple of laps, I said, 'Wow, I love this, I love the speed'. After six months, I really knew that this sport was for me." (sbhi.ie, 26 Oct 2016)