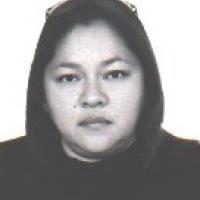 When and where did you begin this sport?
She took up wheelchair basketball at age 11 in Mexico. She began Para powerlifting in 2018.
Club / Team
Estado de Mexico: Mexico
Name of coach
Jesus Garcia Garcia [national]
Coach from which country?
Mexico

Hobbies
Listening to music, dancing, playing basketball. (Facebook profile, 15 Jan 2019)
Sporting philosophy / motto
"Never look backwards, always forwards." (parapanamericanos.deporte.gob.mx, 01 Oct 2011)
Other sports
She represented Mexico in wheelchair basketball at the 2000, 2008 and 2012 Paralympic Games. (sinembargo.mx, 06 Sep 2012)
Impairment
She was born with spina bifida, which caused a lack of sensitivity in her legs. At age nine she underwent a surgery in Mexico to alleviate the impairment, however her right leg was infected and had to be amputated above the knee. Two years later, her left leg was also amputated. (sinembargo.mx, 06 Sep 2012)
Other information
FROM EL SALVADOR TO MEXICO
Born in San Salvador, El Salvador, she moved to Mexico to escape war. After her amputation she was convinced by a doctor to join the wheelchair basketball team of the National Autonomous University of Mexico [UNAM]. She made her first appearance at the Paralympic Games for Mexico in wheelchair basketball at the 2000 Games in Sydney. (sinembargo.mx, 06 Sep 2012; beautynailhairsalons.com, 20 Dec 2018)