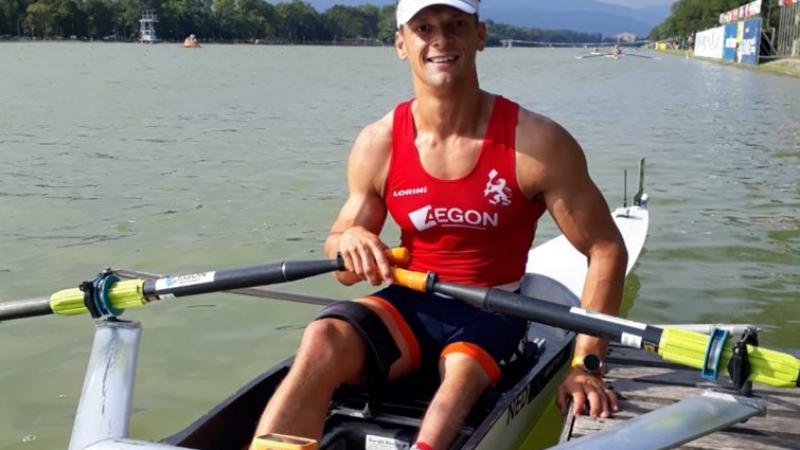 Annika van der Meer and Corne de Koning have been the hottest crew in the Para rowing scene and look on their way to a successful appearance at the Tokyo 2020 Paralympics.

De Koning teamed up with Esther van der Loos at the Rio 2016 Paralympics. Since van der Loos’ retirement, de Koning joined forces with van der Meer, and the PR2 Mix2x duo have since been a winning partnership.

The Dutch duo came to Para rowing via different pathways.

De Koning, who was born with one leg shorter than the other, is the rowing veteran. He first played wheelchair handball but had to switch sports to fulfill his dream of competing at the Paralympics. He came upon rowing through a team-building activity, and that was where his passion began. His rowing career took off in 2012, and his Paralympic debut came at Rio 2016, where he and former partner Esther van der Loos just missed out on a medal.

For van der Meer, her impairment was a result of several accidents. When she was 21, she fell hard while skiing, and successive operations caused further damage to her right leg. She took up rowing in 2015 after an injury to her good leg forced her to give up Para alpine skiing.