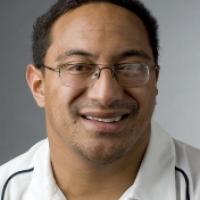 When and where did you begin this sport?
He learned to swim as a child at Christian College in Geelong, VIC, Australia.
Why this sport?
Swimming gave him confidence and friends and helped him overcome his physical impairments.
Name of coach
Yuriy Vdovychenko [national]

Nicknames
Dan (vis.org.au, 2011)
Hobbies
Travelling, listening to music. (vis.org.au, 2011)
Most influential person in career
His mother. (beijing.paralympic.org.au, 16 Dec 2009)
Hero / Idol
Australian swimmer Michael Klim. (beijing.paralympic.org.au, 16 Dec 2009)
Sporting philosophy / motto
"If you believe, you achieve." (vis.org.au, 16 Dec 2009)
Awards and honours
In 2003 he was selected by fellow Australian swimmers for the People's Choice Award. He beat out Australian swimming stars Ian Thorpe and Michael Klim for the prize. (ABC 7:30 report, 28 Mar 2005)
Impairment
He has cerebral palsy and Asperger's syndrome. (ausport.gov.au, 2008; heraldsun.com.au, 19 Jan 2014)
Other information
MISSING LONDON 2012
He was not able to compete at the 2012 Paralympic Games in London because he was facing court over charges of stalking and burglary, to which he plead guilty, at the Geelong Magistrates' Court in Victoria, Australia. He received an 18-month community-based order for the offences, which his lawyer said were due to an adverse reaction to a prescription drug for a psychological condition he has. As a result, in 2013 he was stripped of his Medal of the Order of Australia [OAM] award that he had received for his relay gold medal at the 2004 Paralympic Games in Athens. (geelong.starcommunity.com.au, 31 Aug 2012; deakinnews.wordpress.com, 01 Oct 2012; heraldsun.com.au, 19 Jan 2014)

EARLY LIFE
His adoptive mother Liz Bell found him at age six months in an American Samoan hospital where she was working as a volunteer. His biological parents had abandoned him and doctors had advised her that as well as having cerebral palsy he was also blind and had brain damage. Liz recalls, "I didn't accept it because I saw that with a little bit of love, and a little bit of attention, Daniel started to respond. We took him out to the sea every night and put him in the water and let him use his muscles in the sea. I got attached to him as much as he got attached to me, and now, look. Woo-hoo, I've still got him." (ABC 7:30 report, 28 Mar 2005)