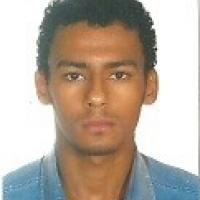 When and where did you begin this sport?
He took up the sport in 2013 in Marilia, Brazil.
Why this sport?
He was involved in athletics prior to his diagnosis. He was then introduced to Para athletics by coach Celso Parolisi.
Club / Team
Associacao Mariliense de Esportes Inclusivos [AMEI]: Brazil
Name of coach
Luiz Carlos Albieri [personal], from 2015

Nicknames
Neymar [because he resembles the Brazilian football player]. (veja.abril.com.br, 09 Sep 2016)
Most influential person in career
His parents. (Athlete, 23 Oct 2015)
Hero / Idol
Brazilian hurdler Joao Vítor de Oliveira. (Athlete, 23 Oct 2015)
Injuries
He competed at the 2016 Paralympic Games in Rio de Janeiro with an ankle injury. (olimpiadatododia.com.br, 24 Sep 2020)
Sporting philosophy / motto
"If I do not run, who will run for me?" (olimpiadatododia.com.br, 24 Sep 2020)
Awards and honours
A school in the Ricardo de Albuquerque neighbourhood of Rio de Janeiro, Brazil, was named after him in recognition of his performance at the 2016 Paralympic Games in Rio de Janeiro. (paralympic.org, 04 Oct 2016)

He was named the 2015 Best Young Athlete of the Year by the Brazilian Paralympic Committee [CPB]. (cpb.org.br, 09 Dec 2015)
Milestones
He was the first Brazilian Para athlete in the T20 classification to win a gold medal at the world championships following his victory in the T20 400m at the 2015 edition of the tournament in Doha, Qatar. A year later he won gold in the T20 400m at the 2016 Paralympic Games in Rio de Janeiro to become the first Brazilian Para athlete to win a gold medal in the T20 classification at the Paralympic Games. (Facebook page, 27 Sep 2019; SportsDeskOnline, 10 Dec 2018; Revista ISTOE, 25 Apr 2018)
Famous relatives
His nephew Gustavo Henrique De Oliveira Dias has represented Brazil in Para athletics. (jornaldamanhamarilia.com.br, 28 Apr 2019; paralympic.org, 2017)
Ambitions
To compete at the 2020 Paralympic Games in Tokyo. (Revista ISTOE, 25 Apr 2018)
Impairment
He was diagnosed with an intellectual impairment after he had an epileptic seizure in 2012. (cpb.org.br, 01 Sep 2019; cpb.org.br, 08 Jun 2017)
Other information
RIO INJURY
He competed at the 2016 Paralympic Games in Rio de Janeiro despite doctors telling him not to because of an ankle injury. He ended up winning gold in the T20 400m at the Games. "My ankle was completely destroyed in Rio. I had a major injury and the doctor said that I would not compete in the Games, but I kept on. I said that I would compete in the Games no matter what. Then, after the Games I took care of my ankle because it ended up very bad. It was worth it. If it was necessary I would tear myself apart again. A Paralympic medal is worth it." (olimpiadatododia.com.br, 24 Sep 2020)