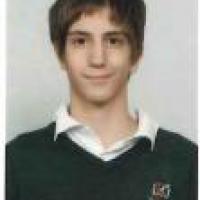 When and where did you begin this sport?
He took up the sport at age eight in Leon, Spain.
Why this sport?
He enjoyed athletics and having a good time with his friends.
Club / Team
Universidad de Leon Sprint Atletismo: Spain
Training Regime
He trains at the High Performance Centre in Leon, Spain.

He was flag bearer for Spain at the opening ceremony of the 2015 European Para Youth Games in Varazdin, Croatia. (logrosanaldia.net, 01 Aug 2015)
Other sports
He has competed in Para swimming at national youth level in Spain. (eolapaz.com, 30 Mar 2014)
Ambitions
To compete at the 2020 Paralympic Games in Tokyo. (leonoticias.com, 15 Feb 2021)
Impairment
He was born with an underdeveloped right arm. (leon24horas.com, 29 May 2012)
Other information
PARALYMPIC DISAPPOINTMENT
He did not compete at the 2016 Paralympic Games in Rio de Janeiro despite making the B Standard for his high jump classification. "It was a big blow for me as the same thing happened to me for the 2012 Paralympic Games in London. But I have reset my head and now I know I have to change my mentality." (desdelagrada.es, 03 Oct 2016)