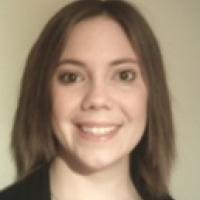 Residence
Tecumseh, ON, CAN
Occupation
Coach, Student
Higher education
University of Windsor: Windsor, ON, CAN

When and where did you begin this sport?
She began swimming at age seven in Tecumseh, ON, Canada.
Why this sport?
Her parents put her in a summer swimming programme.
Club / Team
Windsor Aquatic Club / University of Calgary Swim Club: Canada
Name of coach
Mike Moore, Scott Shelestynsky

She was awarded the Order of Ontario and the Queen Elizabeth II Golden Jubilee medal in 2002. (The Windsor Star, 27 May 2010)

She won the Ontario Junior Citizen of the Year award in 2000. (swimming.ca, 14 Jul 2010)
Impairment
She was originally diagnosed with congenital fibre type disproportion [a rare form of muscular dystrophy] but a development in 2009 saw her diagnosis change to muscular myopathy bethlem. (evolutra.com, 08 Oct 2011)
Other information
HUMANITARIAN WORK
She works for the Children's Aid Society in Windsor, Canada, and is an ambassador for Muscular Dystrophy Canada. (swimming.ca, 14 Jul 2010, muscle.ca, 14 Jul 2010)

OCCUPATION
She is a Resource Support Worker at Children's Aid Society in Windsor, Ontario. She is also an assistant swim coach at Windsor Aquatic Club. (evolutra.com, 08 Oct 2011)

AWARD
As a muscular dystrophy ambassador for Canada, in 1991 The Danielle Campo Extra Mile Award was established and is awarded annually to people who support those with muscular dystrophy. (evolutra.com, 08 Oct 2011)