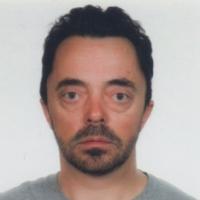 When and where did you begin this sport?
He learned to ski as a child.
Why this sport?
He had been passionate about skiing since childhood. For two years after his accident he tried to walk again, but after accepting he needed to use a wheelchair he chose to attend a sit ski course.
Club / Team
Freewhite Ski Team ASD: Italy
Name of coach
Davide Gros [national], ITA; Barbara Milani [club], ITA

Injuries
He suffered a broken collarbone in January 2016 and was sidelined from skiing for nine months. (parmapress24.it, 16 Jan 2017)
Sporting philosophy / motto
"Skiing is the fuel of my life engine." (parmapress24.it, 16 Jan 2017)
Impairment
In September 2006 he was involved in a paragliding accident that resulted in an impairment to the lower part of his body. (gazzettadiparma.it, 28 Dec 2012)
Other information
OTHER ACTIVITIES
He has served as a route tester in Outdoor 365, a project established by Silvia Rinaldi Foundation for Sports that aims to provide accessible adventure routes for people on handbikes and tandem bikes. "It's a fantastic and unique experience for the impaired to be able to reach a dirt path, enjoy the history and extreme landscapes. It gives the opportunity to do what would seem impossible." (redattoresociale.it, 15 Dec 2018; borealmapping.com, 06 Nov 2017)