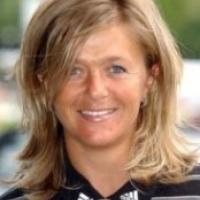 When and where did you begin this sport?
She began skiing in 1988 in Austria.
Why this sport?
After losing her leg at age 17, she lost some of her passion for life. Her mother persuaded her to learn how to ski with one leg to help give her some purpose again.
Name of coach
Manuel Hujara [national]
Coach from which country?
Austria