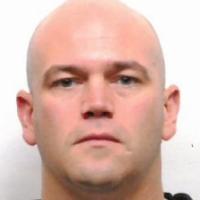 When and where did you begin this sport?
He took up athletics at age 23 in Loughborough, England.
Why this sport?
Sport was a big part of his life before his accident, so it was a natural progression. He first started in wheelchair racing and completed the Great North Run three times for charity before he made the switch to shot put. In 2013 he took up javelin.
Club / Team
City of Norwich AC: England
Name of coach
Tim Newenham [club]

Nicknames
Danny, Nobbsy (Twitter profile, 13 Jun 2018; Athlete, 06 Dec 2010)
Hero / Idol
English footballer Alan Shearer. (Athlete, 06 Dec 2010)
Awards and honours
He was named the British Wheelchair Association's Athlete of the Year in 2004 and 2007. (paralympics.org.uk, 29 Jan 2010)
Other sports
He played cricket and football at county level in his youth. (dannynobbs.com, 01 Feb 2014)
Impairment
He was involved in a motorcycle accident in 1996, which resulted in paraplegia. (dannynobbs.com, 01 Feb 2014; bbc.co.uk, 01 Sep 2011)
Other information
CHANGE OF DISCIPLINE
In 2013 he switched from competing in shot put to javelin. He made the decision after the F54 event [in which he was classified] was combined with the F55 class for the 2016 Paralympic Games in Rio de Janeiro. "If I stuck with the F55 shot put, I would be competing against guys with full abdominal and back muscles, which I haven't got. We made the decision that in the period to Rio, the javelin was the event I could make the biggest gains in and hopefully get selected for Team GB." (bbc.co.uk, 13 Aug 2013)

LASER EYE SURGERY
In 2018 he had laser eye surgery, which aided his training and competitive performance. "When I'm training now, it's like being able to see in HD, which helps with target and technical work. At the World Games in Portugal in December [2017], I was at the podium awaiting my medal. When I looked up I could see my fiancee and baby daughter in the crowd crystal clear – which I wouldn't have been able to do before having the treatment, so it was a really special moment for me." (peterboroughtoday.co.uk, 31 May 2018)