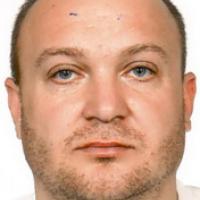 When and where did you begin this sport?
He took up para-athletics in 2005 in Bjelovar, Croatia.
Why this sport?
He was encouraged by Josip Silvar, a fellow para-athlete competing in shot put.
Club / Team
AKOI Otos Grubisno Polje: Croatia
Name of coach
Tomislav Kristicevic [national], CRO

He was Croatia's flag bearer at the opening ceremony of the 2012 Paralympic Games in London. (morethanthegames.co.uk, 31 Aug 2012)

In 2008 he was honoured with the Franjo Bucar State Award for Sport, which is the highest award that Croatia gives for sporting achievements. (vecernji.hr, 2012)
Impairment
In 1991 he had his left leg amputated above the knee after being wounded by shrapnel from a rocket while fighting in the conflicts that took place in former Yugoslavia. (Athlete, 04 Apr 2011, dejanacimovic.com, 06 Nov 2012; paraolimpijci.hr, 01 Sep 2012)
Other information
RETIREMENT AND COMEBACK
After the 2012 Paralympic Games in London he announced his retirement, in order to focus on coaching and support younger para-athletes. However in 2013 he was convinced to return by national coaches to compete in the world championships that year, where he sustained a serious arm injury. Due to the injury he retired again, until May 2015 when he made himself available once again for competition if national coaches decided that they needed him. (20minuta.hr, 03 Sep 2012; in-portal.hr, 01 Jul 2013; grubisnopolje.hr, 25 May 2015; objektivno.hr, 20 Sep 2014)

NATIONAL FIRST
His gold medal at the 2008 Paralympic Games in Beijing made him the first Croatian Paralympic champion in any sport. (20minuta.hr, 10 Sep 2008)