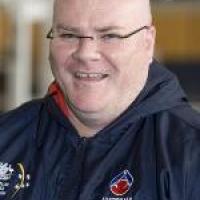 When and where did you begin this sport?
He began competing in 1995.

Nicknames
Bear [because he roars like a bear to motivate himself before he lifts] (wais.org.au, 12 Apr 2012)
Hobbies
Gardening. (paralympics.org.au, 09 Jan 2012)
Memorable sporting achievement
Competing in front of a home crowd at the 2000 Paralympic Games in Sydney, and winning his first Paralympic medal at the 2004 Paralympic Games in Athens. (paralympic.org.au, 07 Sep 2010; paralympics.org.au, 09 Jan 2012)
Hero / Idol
Australian Paralympic weightlifter Ray Epstein. (paralympics.org.au, 07 Sep 2010)
Injuries
He experienced injury and illness in 2010. (paralympics.org.au, 09 Jan 2012)
Sporting philosophy / motto
"If you visualise, you will materialise." (paralympic.org.au, 2012)
Impairment
He had his left leg amputated below the knee at age 24 after contracting cancer. (paralympic.org.au, 07 Sep 2010)
Other information
RETIREMENT
He thought about retiring after the 2008 Paralympic Games in Beijing, but his coach Ray Epstein persuaded him to continue and compete at the 2012 Games in London. He announced his retirement from the sport in December 2012 after narrowly missing out on a medal in London. "I don’t think people appreciate just how good Darren is," said his former coach and fellow Paralympian Ray Epstein. "I don’t think we’ll see for a while someone lifting in Australia what he was able to lift. He’s a bit like a machine." (theaustralian.com.au, 12 Apr 2012; wais.org.au, 12 Dec 2012)