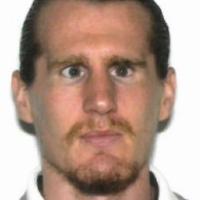 When and where did you begin this sport?
He took up athletics in 2007 at age 15 while at school.
Why this sport?
His teacher encouraged him to participate in a competition.
Club / Team
Liverpool Harriers: England
Name of coach
Anthony Clarke [club]

Hobbies
Supporting English football club Liverpool. (thepowerof10.info, 2018)
Most influential person in career
His father. (Athlete, 07 Dec 2010)
Hero / Idol
British middle distance runner Sebastian Coe. (Athlete, 07 Dec 2010)
Injuries
He was unable to compete throughout the 2013, 2014 and 2015 seasons due to a tangled nerve in his Achilles tendon as a result of stepping in a puddle of mud while running, which took 18 months to diagnose. In January 2013 he aggravated the injury while at a training camp in Kenya and had to wear a protective boot throughout April and May, before undergoing surgery in July. He returned to training in October that year, but underwent further operations. (bbc.co.uk, 06 May 2013, athleticsweekly.com, 21 Nov 2013; britishathletics.org.uk, 17 May 2016; paralympics.org.uk, 14 Feb 2019)

In July 2012 he suffered from food poisoning which hampered his preparations for the 2012 Paralympic Games in London. (paralympics.channel4.com, 12 Sep 2012)
Awards and honours
In 2014 he received a Liverpool Collective Honours Phoenix Award in England. (LinkedIn profile, 2014)

In 2003 he received a Lifetime Achievement Award from the city of Liverpool. (LinkedIn profile, 2014)
Famous relatives
His father was a professional boxer. (Athlete, 07 Dec 2010)
Impairment
He has no vision in his left eye and has 20% vision in his right eye. (bbc.co.uk, 06 May 2013)
Other information
CONSIDERING QUITTING
He says he thought about retiring from the sport after missing the 2013, 2014 and 2015 seasons due to a nerve injury in his Achilles tendon. "I got my foot stuck in some mud and when I pulled it out I felt a ping. I went through a few operations that weren't necessary and it was very difficult to turn up to physiotherapy every day and not get any solid answers as to what the problem was. The whole thing took about three years all told. There were many times that I felt as though I was going to just walk away from athletics." He says beginning to work with coach Anthony Clarke in 2017 renewed his passion for the sport. "When I first joined his training group two years ago [speaking in 2019] I wasn't motivated at all, but since then he has made me love my athletics again. I approached him at the Liverpool Harriers track and asked him if he would be interested in training me and the first thing he said was that he would make me enjoy it again." (bbc.co.uk, 06 May 2013, athleticsweekly.com, 21 Nov 2013; britishathletics.org.uk, 17 May 2016; paralympics.org.uk, 14 Feb 2019)