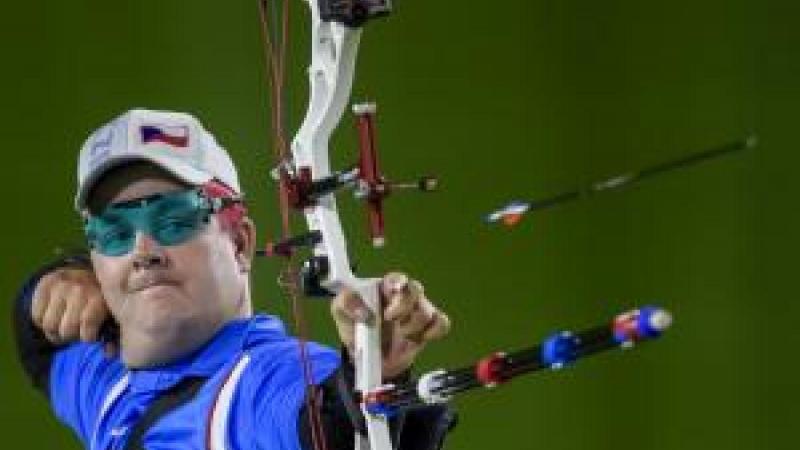 David Drahoninsky celebrated one of the greatest victories of his career by winning the W1 category at the 2015 World Archery Para Championships in Donaueschingen, Germany, after beating Great Britain’s John Walker.

At the Rio 2016 Paralympics, Walker got revenge beating the Czech in a tight 141-139 showdown. It was not all bad news for Drahoninsky in Rio, as he proposed to his girlfriend Lida Fikarova shortly after the medal ceremony.

“I finished second. Sorry,” he joked in his proposal. “I am lucky at least in Rio I could give a surprise for my girlfriend. I wanted to do this… and she said yes.

Drahoninsky made himself a true contender for gold at Rio following his performance at Donaueschingen 2015. There, he won his first title, after a silver and bronze in the previous two competitions in Bangkok 2013 and Turin 2011.

On the way to his world title, the Czech set a new world record of 144 in the quarter-final while beating defending world champion Jean Pierre Antonios. Earlier in 2015, Drahoninsky also broke the 50m round, 72-arrow world record with a new mark of 674.

At the London 2012 Paralympics, Drahoninsky won silver in the men’s W1 compound, succumbing to the USA’s Jeff Fabry.

Despite picking up silver at Rio 2016, Drahoninsky is still one to beat in the men’s individual W1.