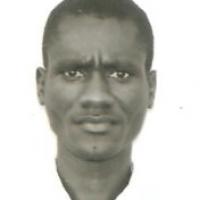 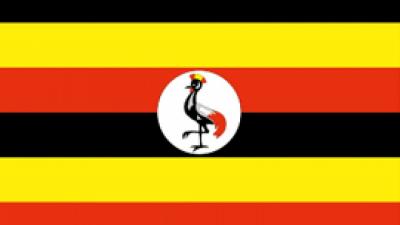 When and where did you begin this sport?
He took up Para athletics in 2005 in Amolatar, Uganda.
Why this sport?
He was influenced by the performances of Ugandan distance runner Moses Kipsiro.
Club / Team
Prison Service: Uganda
Name of coach
Ssenkungu Jameson [national], UGA
Training Regime
He trains six days a week.

He was flag bearer for Uganda at the opening ceremony of the 2016 Paralympic Games in Rio de Janeiro. (myinfo.rio2016.com, 06 Sep 2016)
Milestones
He became the first Para athlete representing Uganda to win a gold medal at the world championships when he placed first in the T46 1500m at the 2017 World Championships in London, England. (NTVUganda YouTube channel, 27 Jul 2017; newslexpoint.com, 16 Jul 2017)

He became the first athlete representing Uganda to win a medal at the Paralympic Games when he claimed silver in the T46 1500m at the 2016 Games in Rio de Janeiro. (SportsDeskOnline, 17 Oct 2019; voanews.com, 21 Sep 2016)
Ambitions
To win gold at the 2020 Paralympic Games in Tokyo. (NTVUganda YouTube channel, 04 Jun 2017)
Impairment
While at school in 2005, he broke his left arm after being assaulted by other students. He did not receive medical treatment for the injury, which resulted in limited use of the limb. (allafrica.com, 26 Sep 2016)
Other information
FUTURE AMBITION
He hopes to establish an academy for athletes with an impairment in Uganda. "Stephen [Kiprotich] and Joshua [Cheptegei] have opened academies. They help the needy, talented youths with a chance to develop their athletic talent and get an education as well. I want to do the same for those with disabilities." (monitor.co.ug, 29 Sep 2019)

FURTHER EDUCATION
He has studied interior art and design at Kampala University in Uganda. (Athlete, 27 Aug 2021)