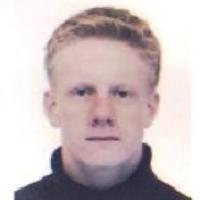 When and where did you begin this sport?
He attended a talent Identification weekend in 2013, run by British Triathlon.
Why this sport?
"After 12 years of international swimming I was seeking a new challenge. Having a really good swimming background helped my transition into triathlon and after attending a talent identification day in February 2013 the coaches I met believed I had what it takes to be the best in triathlon."

Nicknames
De, De De (sportcentric.com, 08 Dec 2006)
Hobbies
Designing and making bespoke furniture. (britishtriathlonmedia.org.uk, 21 Sep 2014)
Hero / Idol
British middle distance runner Kelly Holmes. (sportsaid.org.uk, 05 Sep 2014)
Injuries
Just before the swimming trials for the 2012 Paralympic Games, he suffered from appendicitis which forced him to withdraw from contention. He took a few months to fully recover after an emergency operation. (exmouthjournal.co.uk, 27 Jun 2013; exeterexpressandecho.co.uk, 27 Jun 2013)
Sporting philosophy / motto
"There is no such word as 'can't'." (britishtrialthonmedia.org.uk, 21 Sep 2014)
Awards and honours
He was named the 2004 OCS Sportsperson with an Impairment of the Year. (LinkedIn profile, 16 Nov 2014)

He was named the Swimmer of the Year in 2003 and 2004 in Devon, England. (LinkedIn profile, 16 Nov 2014)
Other sports
He represented Great Britain in swimming at the Paralympic Games in 2004, 2008 and 2012. (livingforsport.skysports.com, 01 Jul 2013)
Impairment
He was born without the lower part of his left arm. (livingforsport.skysports.com, 01 Jul 2013)
Other information
RETIREMENT
He announced his retirement from competitive sport in December 2016. "'I definitely feel like I haven't gone out on the highlight of my career, but I think very few athletes are fortunate to do so. I'm therefore left with a niggle but a niggle that, for now, I can use to direct energy into achieving other goals in my life outside of sport." (Facebook page, 21 Dec 2016)

SPORT OVER STUDIES
He deferred his second year of a carpentry and joinery course at Bath College in England, to become a full-time athlete. After retiring from swimming in 2012, he then returned to Bath College to complete the course. His qualification as a joiner helps him make small technical adjustments to his bike. "I love to design and make bespoke furniture. Although being born without my left hand, when I'm in the workshop it's one of the only times I am ambidextrous." (LinkedIn profile, 16 Nov 2014; britishtriathlonmedia.org.uk, 21 Sep 2014; thisisexeter.co.uk, 08 Dec 2010)

OTHER ACTIVITIES
He has worked on projects with the Youth Sport Trust, Dame Kelly Holmes Trust and Sports For Schools to help inspire young people to achieve their full potential. He has also served as an athlete mentor through Sky Sports Living for Sport. "This role is more than just encouraging young people to participate in sport. It's about teaching the students valuable life skills which they can apply to all areas of their lives. Through Sky Sports Living for Sport I hope to unlock the potential in everyone and demonstrate that sport really does changes lives.” (Twitter profile, 02 Aug 2017; livingforsport.skysports.com, 01 Jul 2013)

ATHENS YOUNGSTER
At age 15 he was the youngest member of the Great Britain squad at the 2004 Paralympic Games in Athens. (livingforsport.skysports.com, 01 Jul 2013; exmouthjournal.co.uk, 27 Jun 2013)