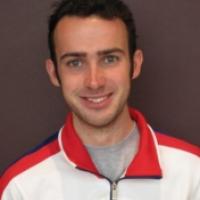 Nicknames
Deano (Twitter profile, 06 Jan 2014)
Injuries
In August 2015 he injured the patella tendon in his left knee, which resulted in him being unable to compete at the 2015 World Championships Doha, Qatar, and him undergoing surgery a month later. (milermiller.blogspot.com, 10 Sep 2015)

In 2007 he sustained three separate stress fractures in his foot which put him out of action for 18 months. (nwemail.co.uk, 26 Mar 2011)
Famous relatives
His father Pat Miller competed at national level in steeplechase. (paralympics.org.uk, 10 Jul 2012)
Impairment
He has cerebral palsy which causes limited movement and muscle weakness on the left side of his body. (trackfield97.com, 26 Aug 2014)