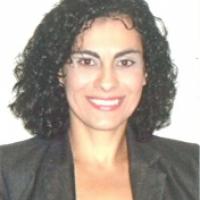 Why this sport?
Since she could not go out while rehabilitating from her accident, her father gave her a pellet gun. She enjoyed firing it, and used the gun to destroy all the plants in their garden. She became serious about the sport in 2009.
Club / Team
SAC: São Paulo, BRA
Name of coach
James Walter Lowry Neto [national]
Handedness
Left

Most influential person in career
Her husband Alexandre Romao. (globo.com, 16 Jul 2016)
Injuries
An injury to both shoulders affected her preparation for the 2016 Paralympic Games. She had to change her position in order to shoot more comfortably and continued to struggle with the problem after the Games. She underwent surgery in July 2018 and returned to competition in April 2019. (olimpiadatododia.com.br, 05 Apr 2019; cpb.org.br, 30 Nov 2018; lance.com.br, 22 Aug 2016)
Sporting philosophy / motto
"I can." (lance.com.br, 22 Aug 2016)
Awards and honours
She was named the 2011 Brazilian Shooting Para Sport Athlete of the Year. (paralympic.org, 17 Aug 2016)
Impairment
Her right leg was amputated at age 12 after she was hit by car. (institutomaragabrilli.org.br, 2015)