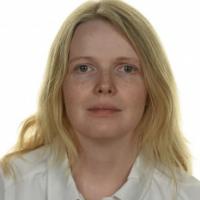 Nicknames
Dee (Facebook profile, 14 Mar 2016)
Hobbies
Going to the seaside with her family. (herfamily.ie, 15 Nov 2015)
Most influential person in career
Her family. (Athlete, 23 Oct 2015)
Sporting philosophy / motto
"Work hard and the results will follow." (Athlete, 23 Oct 2015)
Other sports
She has represented Ireland in wheelchair rugby. (hrb.ie, 28 Oct 2016)
Impairment
At age 14 she fell through a skylight on the roof of a farm building. The injuries she sustained in the accident resulted in paraplegia. (irishtimes.com, 14 Feb 2014)
Other information
OCCUPATION
She works as a research officer for the Health Research Board [HRB] in Dublin, Ireland. She was part of the first National Alcohol Diary Survey, involving almost 6,000 people across Ireland during 2013. (bmcpublichealth.biomedcentral.com, 22 Oct 2019; hrb.ie, 19 Dec 2017, 28 Oct 2016; irishnews.com, 07 Sep 2016; irishtimes.com, 14 Feb 2014)

WORLD CHAMPIONSHIP MEDAL
She was upgraded to a bronze medal in the F53 shot put event at the 2015 World Championships in Doha, Qatar, following a protest by several nations, including Ireland. The original top two finishers, Svitlana Stetsyuk of Ukraine, and Fatema Nedhams of Bahrain were disqualified for an illegal throwing action. "We had a long wait on the outcome of the protests so when news came through I was just so thrilled, it has been a long road to get back to this level after having my daughter so to medal is a brilliant feeling." (sportireland.ie, Oct 2015; rte.ie, 27 Oct 2015)

TIME AWAY
In 2014 she took a break from Para athletics to give birth to her daughter Amy. She returned to competition in late 2015. (paralympics.ie, 27 Oct 2015)

FURTHER EDUCATION
She studied for a master's in occupational health and a PhD in epidemiology at NUI Galway in Ireland. (hrb.ie, 28 Oct 2016)